Join us in our mission 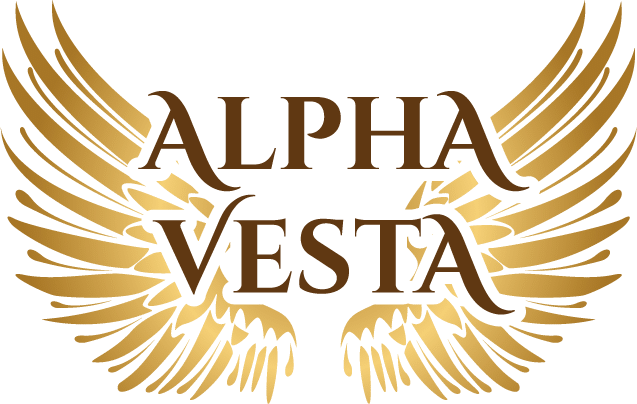 Alpha Vesta Vesta pioneered the ‘Bridging the Gap’ project which began in January 2020 with a 6 month pilot project funded by Essex PFCC (Police, Fire and Crime Commissioner for Essex).  Businesses and organisations across Essex were invited to take part in the project in the following ways:-

As the Country went into lockdown in March 2020 due to the Coronavirus pandemic, Lucy was determined to increase people’s knowledge and understanding around domestic abuse.  This was coupled with her growing concerns around the effects that the pandemic would have on people living with domestic abuse.  It saw her move face to face talks, presentations and training sessions to an online format that made them even more accessible, not only across the county of Essex, but across the whole country.

Increased funding has meant that since the first online workshop on 22nd April 2020 to 30th November 2020, Alpha Vesta have seen over 2000 people attend their fully-funded online sessions.  Funding from The National Lottery Community Fund means that Alpha Vesta will be able to continue running fully-funded sessions across Essex for the next 3 years as well as support businesses and organisations in developing that strong culture of understanding and embedding policies and procedures to recognise the signs and respond effectively to signs of domestic abuse.

Additional National Funding and Alpha Vesta’s own CIC structure means that other areas of the country can also engage with many of Alpha Vesta’s fully-funded Awareness Sessions and Workshops which are delivered online.  Please see below. 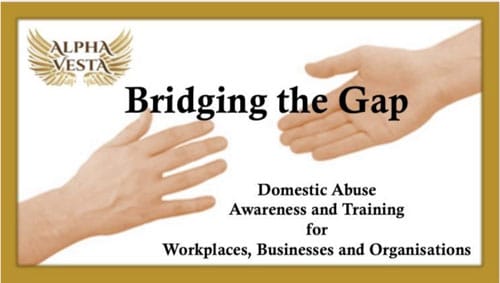 Why is the project called Bridging the Gap?

The project’s aim is to ‘bridge the gap’ between the Corporate, Public and Third Sector in order to Break the Cycle of Domestic Abuse across Communities in Essex.

Alpha Vesta  bridge this gap by encouraging workplaces, businesses and organisations to invest in robust, grassroots, practical training and policy development services in a preventative and early intervention approach.

What is Domestic Abuse?

Domestic abuse incorporates a number of different behaviours in a variety of different contexts and is underpinned and fuelled by variety of different factors.  It is defined by ‘Any incident or pattern of incidents of controlling, coercive or threatening behaviour, violence or abuse between those aged 16 or over who are, or have been either intimate partners of family members.

Domestic abuse can take the form of physical abuse, psychological and emotional abuse, financial and economic abuse, sexual abuse and coercive control as well as stalking and harassment after a relationship ends. Sometimes a combination of more than one of these is occurring and, in some cases, many of them will have occurred together.

Impact of Domestic Abuse across Communities and Society

With 1 in 4 women and 1 in 6 men experiencing domestic abuse at some point during their adult life, this is an enormous proportion of any community. It’s not only the direct victims that are affected, but their children, other relatives, friends, work colleagues, neighbours or those connected through outside organisations.  The NSPCC estimates that 1 in 5 children experience domestic abuse in the home as they are growing up.

A Home Office report released in January 2019 estimated the social and economic cost of domestic abuse in England and Wales to be approximately £66 billion per year. The costs impact directly on public services across the country through physical and mental health costs, criminal justice costs, social services costs, housing and refuge costs, civil legal costs and lost economic output.

The Home Office Report calculated the average unit cost of a domestic abuse victim at £34,015 whilst preventative costs were calculated at a mere £5 per victim.

In an Essex report released in November 2020, Police reporting of domestic abuse cases continues to rise with a third of all violent crime in the county being recorded as domestic related. The number of unreported cases is thought to exceed that of those reported to Police and many cases often appear later through other agencies such as social care, mental health services and hospitals as well as a variety of other organisations. Other cases continue to remain hidden as those coming into contact with potential victims and perpetrators of abuse lack the awareness and understanding to recognise the signs and respond safely.

impact in the workplace – research

These costs are associated with repeated absences and lateness, ongoing mental health and medical issues, lower productivity, distracted and frightened workers and increased insurance premiums. An astonishing 75% of people experiencing domestic abuse will be targeted at their place of work because the abuser knows they will be there and some 21 per cent of victims take time off work as a direct result of abuse due to Court hearings and concerns about their children. For nearly a quarter of those, the longest absence was more than a week. Domestic abuse has a direct impact on career progression for any victims and sadly some victims of abuse end up being killed in the workplace by their abuser – with it being a consistent feature of many serious case reviews.

understanding and preventing the ripple effect

Domestic abuse exists across communities regardless of socio-economic factors. Many cases remain hidden until they escalate into serious violence and incidents requiring police, health or social care intervention. An employer, manager or work colleague that is equipped to understand what domestic abuse is and respond effectively and safely to any signs within their workplace is a valuable preventative and early intervention tool benefiting the victim, the workplace itself and wider community.

A recent study of some Essex and Kent based DHR’s (domestic homicide reviews), where a victim of abuse was killed, Alpha Vesta could identify, on average, 12 workplaces (businesses or organisations) that came into contact with both the victim and perpetrator across their journey but will have been ill-equipped to recognise and respond to any signs of abuse. These included solicitors, dentists, gyms, hairdressers, church groups, schools, private hospitals and healthcare providers and insurance companies.

Creating effective and sustainable change through the Workplace

Alpha Vesta have created a variety of awareness and training packages as well as policy development services to equip workplaces with the skills to understand, recognise and respond to those showing signs that they may be experiencing domestic abuse or using abusive behaviours. This creates a culture of understanding across communities but also benefits workplaces directly. Alpha Vesta are passionate about reaching both victims and perpetrators before they become embroiled within the criminal justice system or health and social care sectors.

Feel free to message us and ask any questions

We would like to keep you updated with all that is going on at Alpha Vesta. You may unsubscribe at any time using the link in our monthly update

We use Sendinblue as our marketing platform. By submitting this form, you acknowledge that the information you provided will be transferred to Sendinblue for processing in accordance with their terms of use