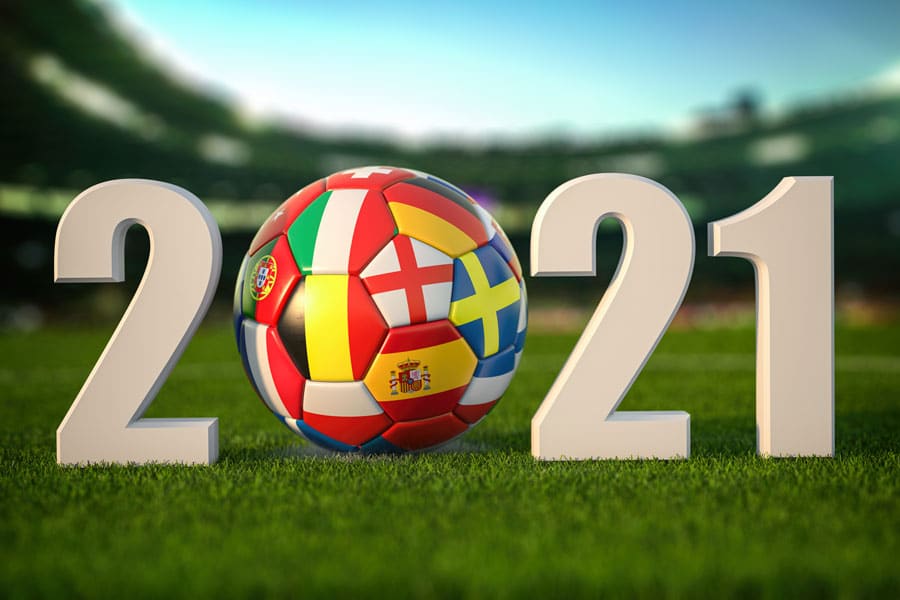 Domestic Abuse cases rise by 38% if England lose a major football tournament but still rise by 27% if they win.  Lucy Whittaker, Founding Director and Lead Trainer of Alpha Vesta explores this complex phenomenon.

On Friday 11th June, Euro 2021 begins and for many homes, excitement is looming.  Certainly with a husband and a 17 year old son who are keen football fans, planning has already begun!  For many, football isn’t just ‘a game’, it’s about belonging, it’s about celebrating our national identity and connection as a country.  Even if we aren’t football fans, we’ll know Euro 2021 is happening! England flags and shirts will be adorning houses, cars and bodies, pubs may well be packed once again and the smell of sausages on a BBQ will be filling the summer air.  Whilst excitement and the thought of social connections approach (particularly after the year we’ve experienced), for some homes, it’s a different story.  Tension is rising, dread is looming and fear becomes overwhelming.

This is because during major football tournaments, we see a rise in cases of domestic abuse.  Why is that the case though?  Is it just down to the fact more beer is flowing and tensions are high or is there more to it?  More importantly, what can we do about it?

As a complex caseworker, I was often having to do additional safety planning with clients during the big football tournaments to manage the complex risks that violence and abuse might occur.  Anyone who works in the domestic abuse sector or criminal justice system is all too familiar with this phenomenon, but interestingly, from talking to a range of workplaces, employers and community groups this week – many aren’t aware.  So let me help explain whilst offering some ways in which you might be able to reach someone.

The research and statistics around this aren’t generally contested – they’re in black and white.  One longitudinal study across different major football tournaments showed an incredibly worrying picture.  Firstly, a match day trend showed the risk of domestic abuse rose by 26% when the England Team won or drew and a 38% increase when they lost.  After one Scottish Cup football final between Glasgow clubs, Celtic and Rangers, Strathclyde Police saw an 80% increase in reported domestic violence.  Whilst the loss of the game seems significant in some ways, we still see a rise, even when the team win. 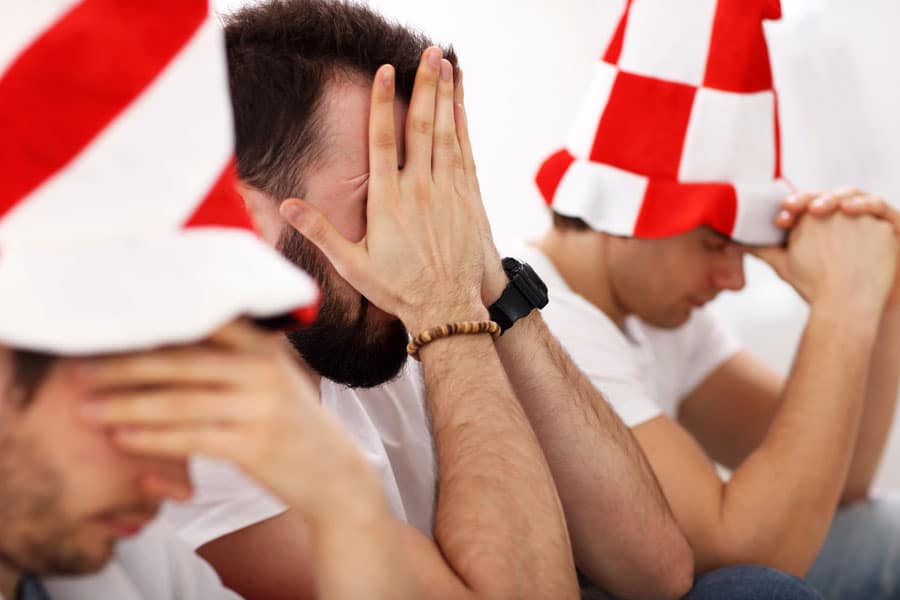 Football is incredibly important to us as a nation – other nations have different sports that they are more closely identified with – in New Zealand, it’s rugby and during Rugby World Cups, incidents of domestic abuse rise there whenever the ‘All Blacks’ play.  In the USA, we see the same pattern during the big baseball and basketball leagues. This means that we can never ever say football causes domestic abuse – football is merely the vehicle that it manifests through.

So what is domestic abuse?

Let’s remember firstly, domestic abuse refers to a lot of different behaviours in a variety of different contexts.  It’s also underpinned and fuelled by a number of different factors.  It incorporates any violence or abuse between those aged 16 years or over who are personally connected through an intimate relationship or as a family member.   So in effect, domestic abuse may be perpetrated by a son or daughter, niece, nephew, grandchild as well as by those that may be in an intimate relationship.  We see different dynamics around domestic abuse – some relationships are categorised by control and coercion, others are characterised by conflict where fuelling factors such as alcohol and substance misuse create a very toxic environment particularly when emotions and tensions are high.

Remember for some, football isn’t just a game – football may well be bound up in someone’s identity and their sense of belonging.  For those with a full, healthy lifestyle, this perhaps sits on a layer of love, acceptance and safety and within a broader context of other identities we hold.  However for some, football IS their whole identity – their tribe, their people, their brothers and sisters.  There’s a difference between someone that watches a game with perhaps excitement, frustration and tension to someone that watches every bad tackle or every fall as if it were happening to their own brother or sister – they’re not just watching it, they are feeling it – and as emotion and adrenalin rises, where does it go? If they could jump into the screen and take over, they would! But they can’t can they? it’s on a screen.  When this is fuelled with increased amounts of alcohol or other substance misuse – we are on a collision course for crisis.

As we know though, some forms of domestic abuse are much more about control and coercion – the violence and abuse isn’t ‘out of control’ and ‘fuelled by alcohol or tension’, it’s underpinned by control.  For the victim in this home, who knows their abuser’s team have lost, there’s a no loud adrenalin and alcohol fuelled argument, there’s a quiet click of the front door, a look in their eyes that says ‘I’m going to regain control’ followed by a violent battering.  This football fan, doesn’t need alcohol or adrenalin to perpetrate violence or abuse – this football fan has just had their identity thrown off its pedestal, this football fan wants to regain control of that.

So don’t ever just think that the loud, passionate and excited football fan is the one you need to be worried about.  Football brings great connection, support and fitness to many as part of a balanced, healthy lifestyle.  The ones you need to be looking out for are first, our perpetrator that pins their whole identity, belonging and value around football with everything else being of far lesser importance. Our other perpetrator though, and in many ways, far more hidden – with a stern face and pursed lips, quietly finishes their drink after the match and disappears off home where that quiet click of the front door is heard and fear in that home is overwhelming.  We need to find and support those behind that door. 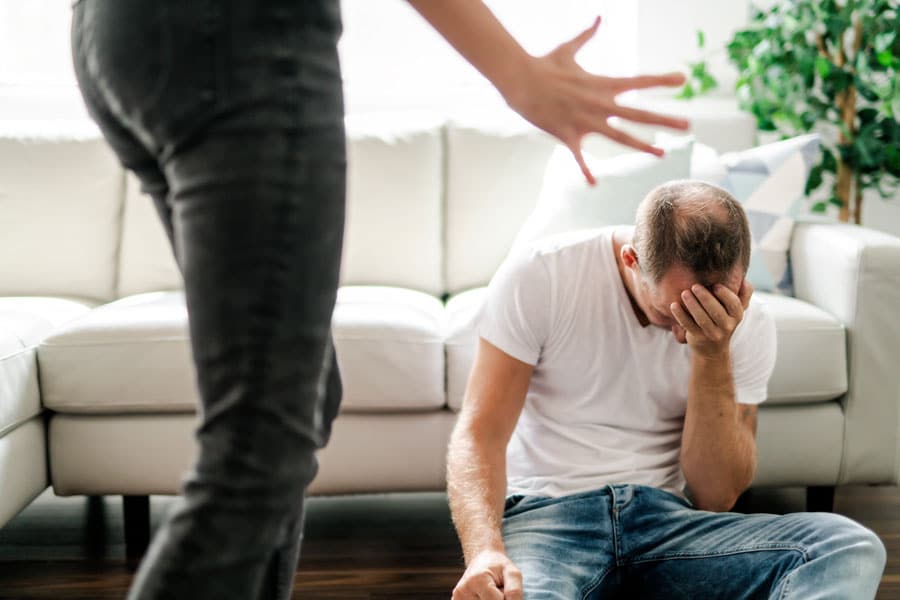 Alpha Vesta provide training and consultancy services in domestic abuse.  You can visit their website at www.alphavesta.com. Many of their training courses are fully-funded.

Can the FIFA World Cup Football Tournament Be Associated with an Increase in Domestic Abuse?

The Police Journal: Theory, Practice and Principles – Kicking off: Is the association between the FIFA world cup and domestic abuse an international phenomenon?

Support and Safety Planning during Euro 2021

Things to think about